Year of the Diver, October

What do you do with a sunken treasure when you find it? Is it better to extract it from the depths and bring it to the surface through great effort and expense, to use it to fill a museum wall or return it to its original owner for a reward? Or is it better to let it rest where it lies, so it remains a beautiful secret hidden from the chaotic waves on the surface?

There’s a new location on my mythic map. A treasure lies off the coast of eastern Australia. One day, a small, unknown object sunk to the sea floor. It fell into an area rich with rocky terrain and ample food. In this place, a community of homes and dens emerged… built by octopuses. When it was discovered, researchers called it Octopolis. Later, another similar community was discovered nearby, and they called it Octlantis. 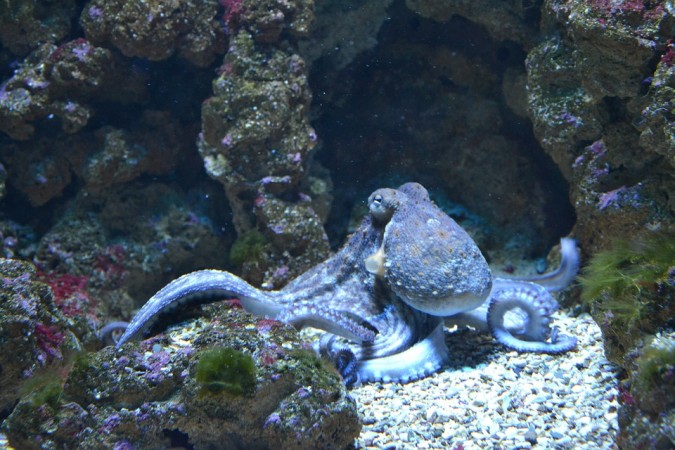 While these communities seem to have a Wild West level of competition and territorial skirmishes, they’ve challenged the perception of cephalopods as loners, and shown what might be possible to build around a treasured place. Maybe it’s possible to build our own Octopus Gardens around the most unlikely treasures we discover—to add to the depth, complexity, and richness rather than extracting it. I’ll keep diving to find out.

In the transition from summer to winter I’ve discovered what I believe to be great treasures, many in the form of new projects and invitations to collaborate. But I feel cautious. The challenges that inspired the “diver” archetype in the first place are stronger now than before—a siren song of mission, the self-sabotage of overwork and overcommitment, and a feeling of potential isolation from comrades.

The temptations of material abundance and illusions of meaningful purpose are equally distorting, and I’ve needed to hold my bearings steady in the spirit of enjoyable usefulness—to do things not because they are part of “one true mission” or because they promise dreams of social status or financial success, but because they are enjoyable and useful, for now. I’ve needed to remind myself to enjoy the tension of not knowing what might happen, to embrace improvisation and wonder at what’s possible rather than clinging to one possibility. And I’ve needed to re-learn the lesson that contributing to a community and growing convivial relationships doesn’t require anything more than presence, and certainly not overwork and overcommitment on the path toward the Seas of Burnout.

Three months remain in the year of the diver. I’m steady at the canvas and keyboard as I watch my local and online community go through it’s yearly harvest time transition toward hibernation, and as a blue moon hangs over the landscape marking the beginning of a new season. We don’t know what this week or the rest of this uncertain year will hold. I’m reminding myself to keep the signal lit in the lighthouse, to send a message of safe harbor and conviviality to comrades near and far. I hope we can visit these treasures soon, together, so that we might make the depths richer than we found them, rather than less whole through extraction. Perhaps we can create our own Octopus’ Garden. Watch for my signal.